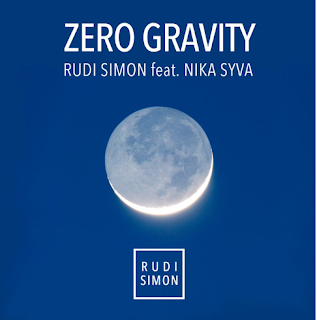 Rudi Simon Hoppe (Rudi Simon for short) was born and grew up in a small mining town in Botswana, went to university in Cape Town, South Africa and moved to the UK in 2004.

Rudi DJ’ed in London in the late 2000s (claim to fame: has played at Fabric) but is a relative newcomer to production, releasing his first single in 2014, “Honest About It” a downtempo vocal house track featuring US vocalist Porter Shields. The track made it onto radio and was followed up by the more ambitious single “Slipping Away”, a duet featuring Vince Freeman (The Voice season 1) and Nika Syva executed in three styles: house, pop and acoustic. The experience gained led to the more intricate production work on “Zero Gravity” (March 2017), another collaboration with vocalist Nika Syva which has gained traction in the UK, making it onto radio stations around the country as well as racking up several thousand plays on Spotify and SoundCloud.

A 4th vocal house single is due out later in 2017 and Rudi is working on an EP of acoustic songs to be released under another name.

Posted by Club Restricted Records at 1:12 PM No comments: 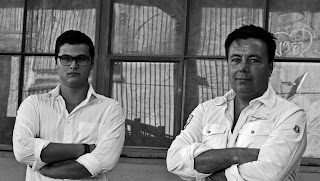 Noize Cartel Records artists ‘Double Impact DJ’ is set to release their first LP titled ‘Techno’ set for worldwide distribution on 16 June 2017.  ‘Techno’ comes in a bundle of 15 unique singles and 2 bonus tracks that will result in ‘hands in the air’ emotions at festivals as well as some ecstatic moments in nightclubs.

‘Double Impact’ decided very early that they would like to spice their sets up – instead of using the tracks, most other DJs were playing. Therefore, they started producing their very first tracks in their favoured genre of House (Deep, Tech, Techno). ‘Double Impact’ published some of their remixes and more commercially oriented productions, even released a few of them with great success (three #1 hits in a row in 2016) - however they never thought of releasing their underground tracks. But then, the clubbers started asking for the tracks they were playing since they couldn’t ‘shazam’ it during their.
This was the ignition for the first full LP of ‘Double Impact’. They took a couple of their preferred productions and gave them a re-work. At the very same time, ‘Double Impact’ followed with great interest and gladness, that Tech-House and Techno exited the nightclubs, getting more and more airtime at festivals and day-clubs. Therefore, ‘Double Impact’ started producing tracks that are crossovers of classic Tech-House/Techno, enriched with elements taken from festival-genres of Big-Room, Electro and Massive Bass.
It was ‘Double Impact’s’ aim to produce a sound that is unique, striking, memorable, close to its roots and ‘filling the air’. They came up with a LP containing some real festival-bangers as well as some intense underground tracks.

‘Techno’ follows the artists’ previous number 1 hits ‘Voodoo Girl’, ‘Elevate Me’ and ‘Looking for A Kiss’, all released at Noize Cartel Records in 2016, as well as their single titled ‘Collider’, which reached number 2 in the charts! Double Impact set their focus internationally after their single with Tori Adams titled ‘Sugarpixie’ made the top 10% out of 18,000 nominations in the 2014 International Song writing Competition (ISC). The Duo’s international exposure led them to collaborations with Grammy winner Judge Earle Holder, Gold & Platinum record producer Jerry Ropero and Jed Rex, as well as completed remixes for the likes of Tritonal & Paris Blohm and SNKNGL. Teamed with Noize Cartel Records and their successful progression of releases since 2015, ‘Techno’ is expected to follow the standard for quality music releases in 2017.

You can preview their album here:
https://soundcloud.com/double-impact-dj/sets/techno-preview-out-now

Get it now on:
iTunes
Beatport
Spotify