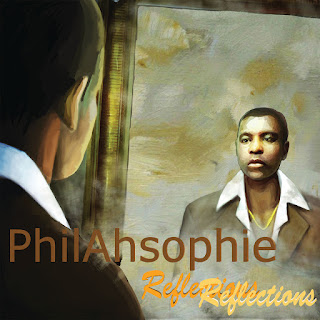 I am PhilAhsophie, a recording artist.  I am originally from Kansas City, Missouri, but I live in Austin, TX. I started my career by performing Hip-hop at house parties and other venues around town. Later I began to record voice tracks.  My art form is comparable to inspirational rap-poetry - with music of course and can be therapeutic for some and motivational for others. I enjoy sharing my passion with the masses, and I don't do this for the limelight or to prove anything to anyone.  I sincerely enjoy articulating words that I have composed with the public. If people enjoy my music then I'm cool and it makes me very happy.  If not, hopefully my newest work, whatever it may be, may sway critics to enjoy what I do and to listen whole-heartedly to the words of my songs.  I am unique and I do not attempt to follow any trends.  I am simply authentic with my craft.  I can also say that my tracks would be more on the socially conscious side. I like to touch on different topics that everyday people can relate. I also aim to deliver positive vibes and uplifting messages. I just like to make music that anybody can enjoy hearing without any negative content that would mislead our youth. My music is for the soul and to enlighten.  Thank you for reading and be assured that more music will follow, and I DO appreciate your online support, Continue to enjoy or follow me as I hope to elevate my music to another level of enjoyment. Peace!
Follow him:FacebookTwitterWebsite

Posted by Club Restricted Records at 2:01 PM No comments: 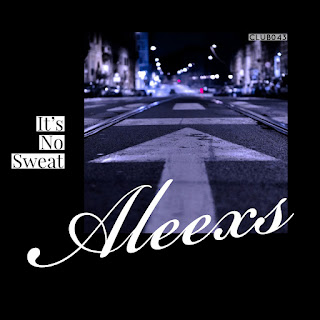 Aleexs is delivering some amazing future deep vibes all the way from Brazil!

Get it now on Beatport, iTunes or stream it on Spotify

Posted by Club Restricted Records at 1:44 PM No comments: 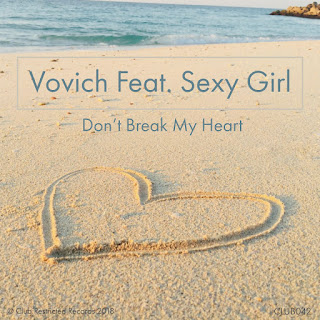 Get it now on Beatport, iTunes or stream on Spotify

Posted by Club Restricted Records at 1:39 PM No comments: 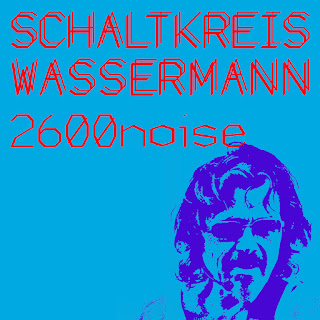 Up to now Schaltkreis Wassermann had been known and underground famous for their single „Sex is out, ich bin geklont“ (1981) and their cult album PSYCHOTRON(1982). Both and a plethora of other Schaltkreis tracks from the early 80s have been re-released on vinyl by Berlin based Private Records in the last few years. They also appeared on several compilations, like Cherry Red’s „Noise Reduction System: Formative European Electronica 1974-1984“. In June 2017 the album „Early 80s“ with previously unknown tracks has been released for streaming and download. Several Schaltkreis remixes have been created in the recent years by the Italian Cosmic legend Daniele Baldelli, by I-Robots, In Flagranti, Toby Tobias, Vahagn and Additional Hardware. More remixes are in the pipeline!
And now there’s a new Schaltkreis EP called „2600noise“. Why this weird name? The ARP2600 is one of PJ Wassermann’s favorite synthesizers (the other one being the Prophet V), and the song „2600noise“ started its life as a noise sequence on the 2600, that’s why.

All the tracks on this EP have been recorded partly with the original Schaltkreis instruments
but also with some state-of-the-art software synths and some software emulations of 80s synths like the Roland Jupiter 8. The drum sounds are mostly from the Roland TR808. „My aim was to create a fusion of our classic 80s sounds with the just as fascinating world of todays soft-synths and digital effects“, says PJ Wassermann. Occasionally he plays the guitar.

The two songs „Nonstop Electronic Music“ and „Oxygene“ (a cover of the Jean-Michel Jarre classic) feature vocal samples by Stella Wassermann who sadly died in 2011. The songs had been demoed around 2008 and then discontinued when Stella got ill. „After her death I couldn’t get myself to touch these songs, until now“ says PJ Wassermann „but now I’m very happy to hear Stella’s  beautiful and intriguing voice on a new Schaltkreis production. It’s an homage to the other half of Schaltkreis Wassermann.“

The third track on the EP, „Stoff“, has been co-produced by Alex Gloor of In Flagranti. He and PJ had become friends since Alex returned to Switzerland from New York around 2004 and urged the Wassermanns to re-release their Schaltkreis legacy. The vocal sample is by Albert Hofmann, the inventor of LSD, who’d been an occasional visitor to the Schaltkreis studio.

„Oxygene“, the last song on the EP, is an homage to Jean-Michel Jarre. „We had been listening to Jarre’s album all the time in the 70s“, says PJ Wassermann, „he was one of our electronic music heroes along with Kraftwerk and Steve Hillage. And of course Giorgio Moroder with ‚I feel Love‘.
[bandcamp width=350 height=588 album=1814332867 size=large bgcol=ffffff linkcol=0687f5]
„2600noise“ is available at

If you like the music please „follow“ Schaltkreis Wassermann and give it hearts and likes - thanks! We need your help!

Published and owned by HyperMusic, Switzerland.

Schaltkreis Wassermann is available for live performances.
Posted by Club Restricted Records at 9:40 AM No comments: