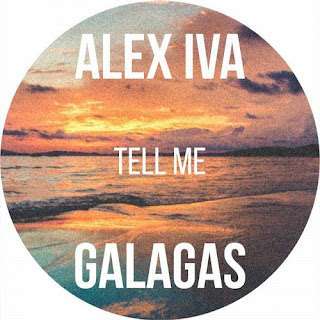 With more than a decade worth of experience and garnered talents, Alex Iva has paved a path of success tailored for worldwide recognition. His extensive knowledge of the industry and touring has allowed him to perform on tours throughout Europe, including Milan, Paris, Ibiza, Berlin, Barcelona, Moscow and more. Iva now teams up with Galagas for a warm, inviting and summer hit called 'Tell Me'.
Iva and Galagas begin 'Tell Me' with charming and powerful piano chords. It quickly moves into a fast paced drum and bass sounding rhythm with inviting vocals. The transition into the drop incites silence, an equally as powerful element within music. When the drop hits, its filled with Don Diablo sounding elements, including the stabbing piano chords and hard hitting percussive elements. Sit back and allow this track to tell you everything.

The music video has already got 300k views on YouTube & it's supported by many Channels/ TOP DJ’s and Playlisters around the world. It is being played on radios Worldwide and it is now actually promoted on a database of over 500k Radios / DJS / YouTube Channels & Blogs.