Loner Lewis - For The Love 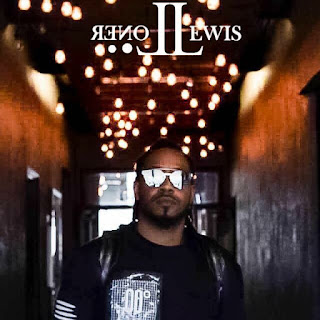 Loner Lewis, an up-and-coming American hip hop artist creating a sound that is regarded as a “breath of fresh air” for the hip hop enthusiast passionate about musical production today, this we officially released his latest single, Breathe, from his first artist’s album: Midnight Loner. Now available for listening on major music distribution platforms and blogs, Loner is ready to be the summer soundtrack for listeners countrywide.

Borne from a passion for producing, writing, and performing hip hop music that is a deviation from the norm today, Loner, together with his producer, Loner Feaux, has created a hip hop entity, LonerEra, that’s being mentioned on radio channels across the country.
“I’m passionate about mixing things up and providing listeners with a different kind of sound than they expect today,” said Loner. “That, coupled with my undoubted passion for musical cultivation, is what drove me to pen and complete my latest single, For The Love.”
For The Love Addresses Loners Take On What Social Media Has Done To HipHop Music. He’s often applauded for being a Different sound, to which he credits just creating the music from his heart , instead of what’s Trending online.
Loner Lewis  Music is Available on all Major Music Platforms,
“I am incredibly excited for listener’s feedback after sitting down and experiencing my latest single,” said Loner. “Spread the word on its availability, as well as the availability of my first album, and head on over to my website today to follow my musical performances on social media.”