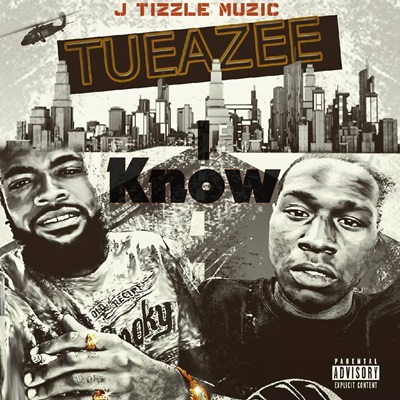 There are many hip-hop performers, but hip-hop innovators can be a bit more difficult to find.  The good news in Indiana-based J Tizzle Muzic are doing their best to help, recently announcing they have signed Augusta, Georgia's breakthrough group Tueazee to their growing independent label.  Mixing an old and new-school aesthetic Tueazee have been winning huge praise from both fans and music media, and the anticipation surrounding the release of their new single on J Tizzle Muzic, scheduled to drop July 10th, with pre-orders available starting on June 22nd, is high.  Expect Tueazee to live up to the “outside of the box” Georgia hip-hop tradition.

“Tueazee is the modern day Outkast,” commented J Tizzle, head of J Tizzle Muzic LLC. “I know these guys are special, and they can bring in fans that are both hardcore hip-hop lovers and people who just appreciate great music period.”

The single “I Know” will be available on iTunes, Amazon, Google Play, and other major digital music outlets.

Tueazee have been winning praise for their mix of originality and glimpses in their songs of their classic influences from artists like Jay Z, Kendrick Lamar, Common, and J Cole.  The golden age blended with the present in Tueazee may just represent the real future of hardcore hip-hop.

Michelle S., from Boston, recently said in a five-star review, “My boyfriend and I have had Tueazee on play constantly since one of our good friends from Georgia put us on them.  It's great to hear they have signed a deal and that is sure to make more people aware of the amazing songs they are dropping.”