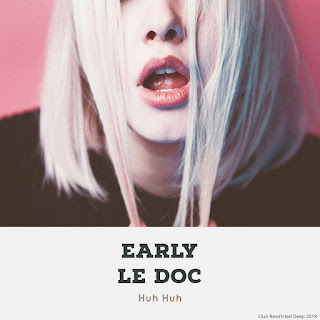 Style: Brazilian Bass/ G House / Deep House
Early Le Doc is not new in the music scene. He has been producing music for a long time and has released originals and remixes on many labels such as Digital Empire Records, TRXX,  Pop Rox Music, NumberOneBeats, Snap! Music, System Recordings, Muziek Colours, Housevisions, Silvernoise Digital, OTB Records, and of course Club Restricted Records. With several top 10 and top 1 trackitdown releases, his tracks are supported by famous djs and played on radios all around the world. Winner of 2 remix competitions (Johnny Gerontakis & Jason McKnight's All Night released on d2e records (Greece) and Ingrit Gjoni's Hajde Sonte released on Studio 2D (Albania). As far as his dj career is considered, he has played in many major events in Greece and Albania. With his latest single, Huh Huh, Le Doc is delivering some brazilian deep house vibes that are sure to destroy the dancefloor. Out on October 19th on Club Restricted Records and Club Restricted Deep.Make sure you keep an eye on this talented guy ;)

Get it now on Beatport